Revolution Slider Error: The param Slider Width should not be empty.

The King's summit towers majestically over the Engadin and its southern valleys.
go back
Season
March - May
Group days
Only Private
Duration
1 day
Difficulty
Hard
Group prices
(At least 2 to a maximum of 2 participants)
Private prices
1500 CHF
1 Participant
1600 CHF
2 Participants
(Maximum number of participants per guide: 2)

We are happy to advise you.

We meet for dinner at the Berghaus Diavolezza.

Early in the morning we leave for the Persgletscher. We ascend under the spell of Piz Palü to Gemsfreiheit and briefly pass under the Fortezza. A short descent leads us to the "Buuch". Again in the ascent we make our way between the many crevasses. This section is one of the highlights of this tour. After we have left the "Buuch" behind us we climb continuously towards the Spallagrat. Where we make the ski depot, depends on the current conditions. In about two hours we climb the Piz Bernina over the Spallagrat. Here a short level three climb awaits us. With good snow conditions we can also avoid the rock formation. From Piz Bernina we enjoy a unique panorama, from the Valais and Bernese Alps to Ortler.
The descent takes us back more or less the same way. If the snow is good, we drive to the Morteratsch railway station. If conditions don't allow it, we take the opposite ascent to Diavolezza. 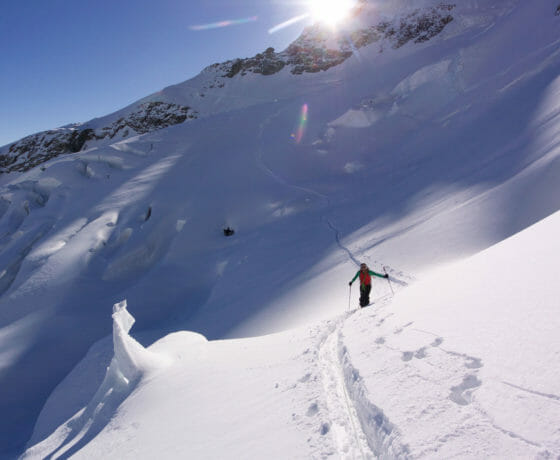 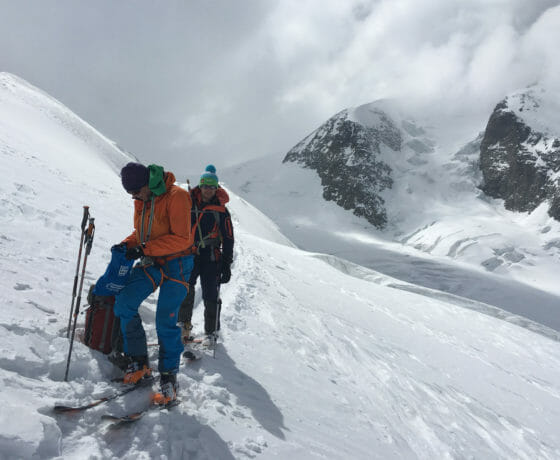 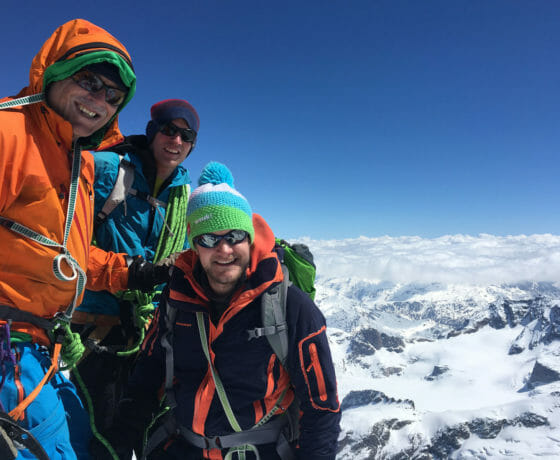 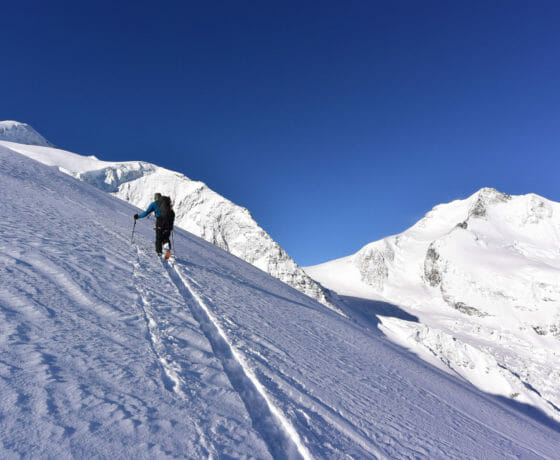 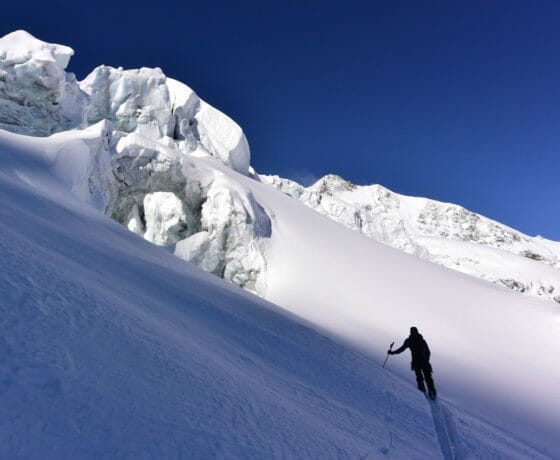 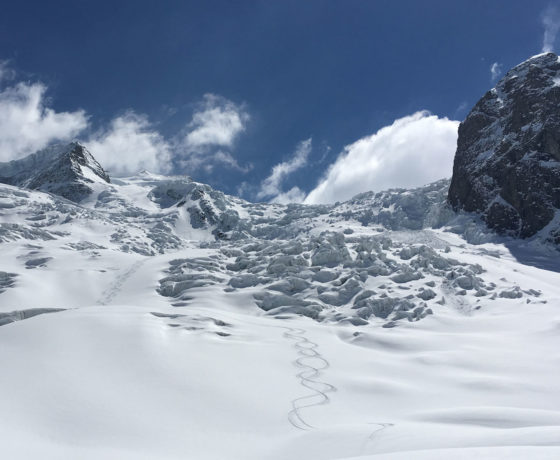 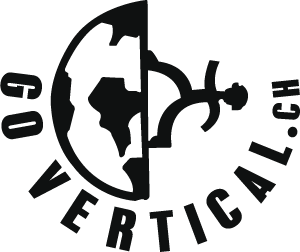 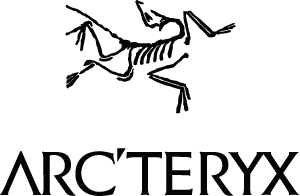